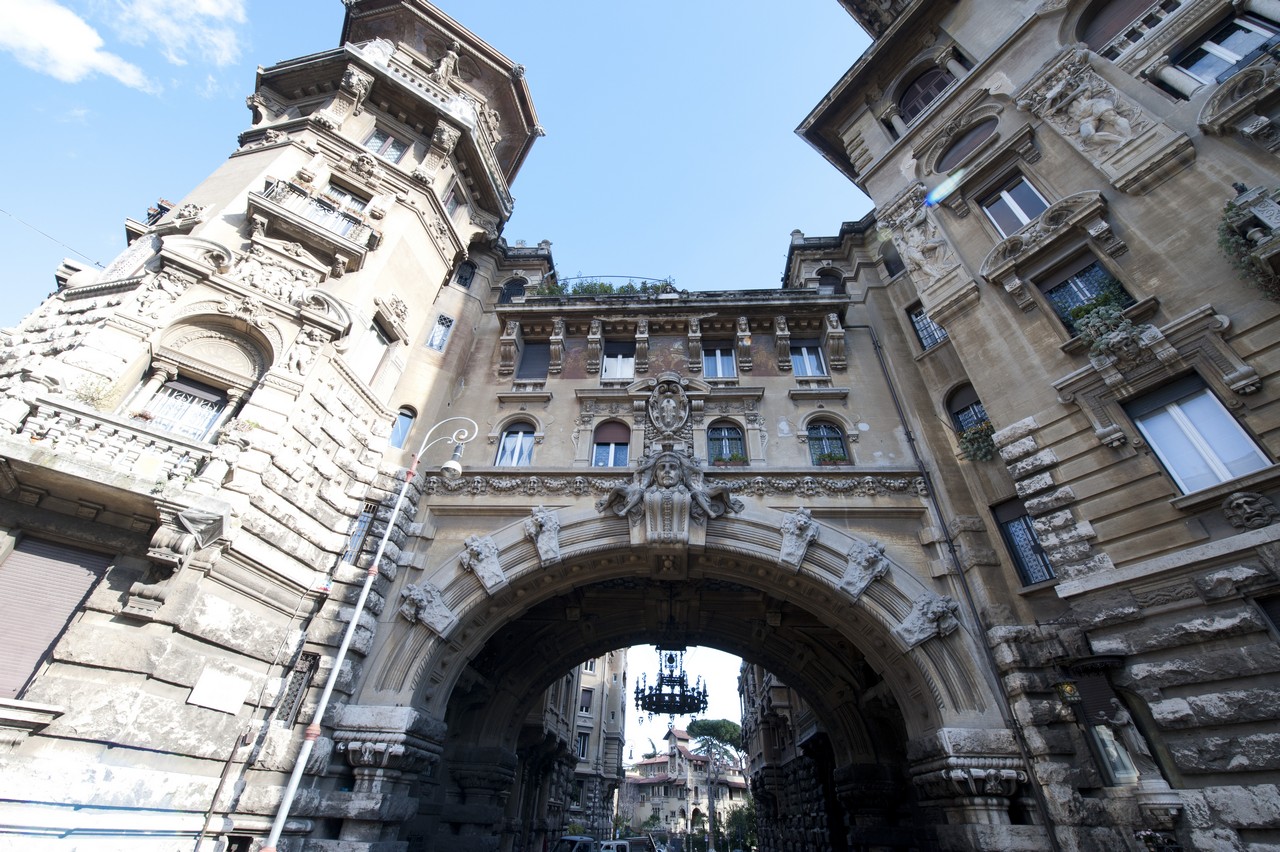 This itinerary is especially recommended for frequent visitors to Rome wanting to leave the beaten path of tourists as well as to see something really different.

Between the end of the 1800s and the beginning of the 1900s, while Art Nouveau was spreading across Europe, here in Rome, where any artistic innovation is interpreted as a “false note” in the urban architectural context, this style was adopted, but only in the modern city districts that were being built for the new upper middle class, outside the city walls.
Our itinerary starts in the Quartiere Coppedè, with its many examples of bizarre architecture in the style of late Art Nouveau (called Liberty Style in Italian), and ends at the outlandish Casina delle Civette (House of Owls), in Villa Torlonia, where architecture and decorative elements come together in perfect harmony.

In this district, you will enjoy an unusual mix of ancient Greek, ancient Roman, Medieval, Renaissance, Manneristic and Baroque architectural styles, and overall, a mishmash of Art Nouveau created by the Florentine architect and sculptor Coppedè (hence the name of the quartiere) in the early 1900s. With its arches, towers, palazzi, villas, gates and fountains decorated with mosaics and frescoes, coat of arms, sundials and lamps, the quartiere exudes a very unique atmosphere. Because of its unusual beauty and originality, this district has been the setting for a number of films. A short distance from the district is Villa Torlonia, which was the residence of Italian dictator Benito Mussolini from 1925 through 1943. With its winding paths and imaginative exotic buildings, it represents one of the few examples of an “English-style” garden in Rome.

Your Rome guide will show you, also, the House of Owls (Casina delle Civette), which was the residence of Prince Giovanni Torlonia the Younger until his death in 1938. It is an elaborate residence with huge stained-glass windows, roofed galleries and turrets decorated with glazed ceramics known as ‘majolica’. The motif of the owl is used almost obsessively in the decorations and furnishings of the house, at the wish of the prince who was a real eccentric person who loved esoteric symbols.